★★★★★ 5/5
With animation and storytelling of the highest quality, Wolfwalkers might be the best film of the year. 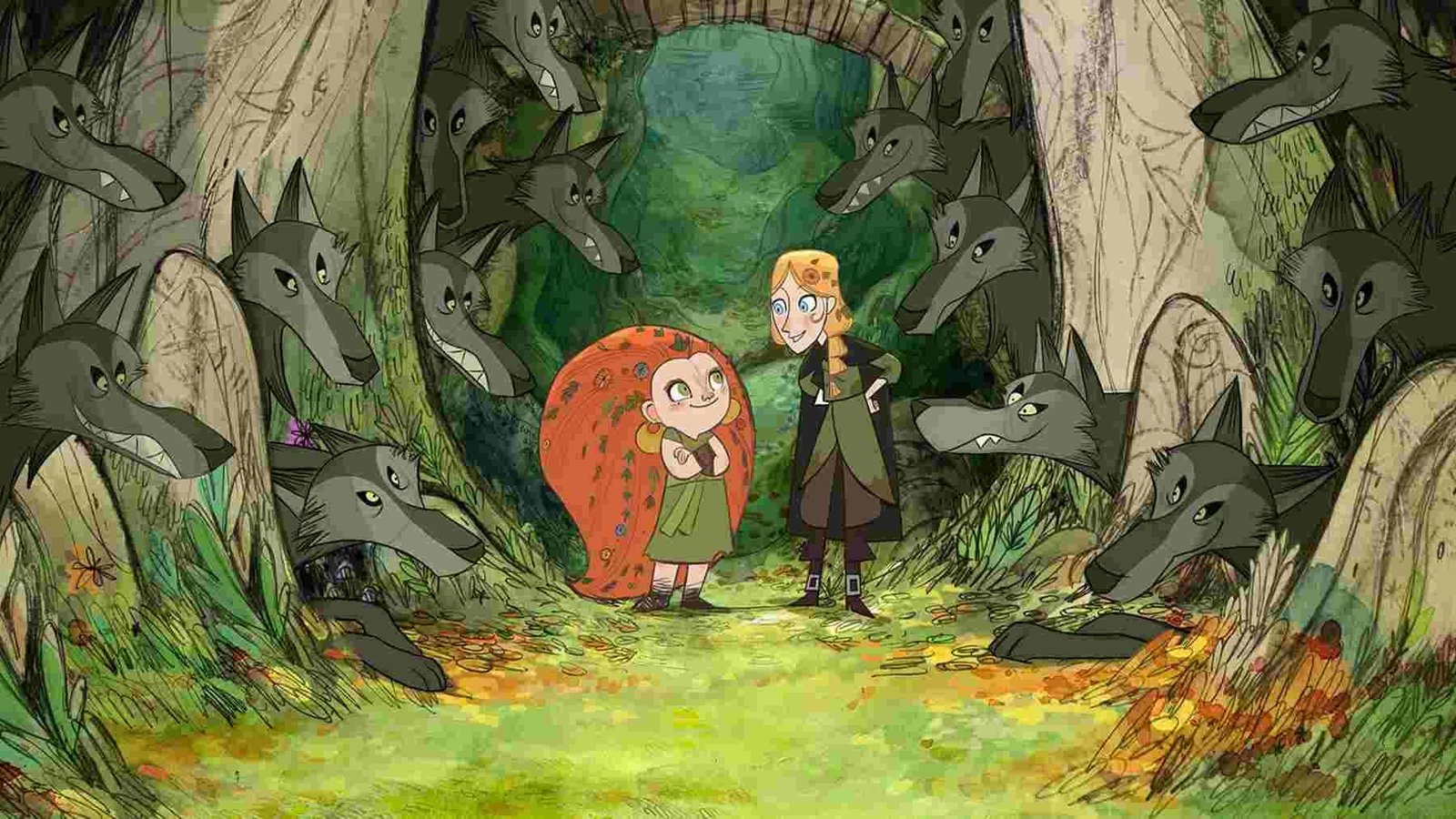 Wolfwalkers is the pinnacle of animation. It’s a joy to look at from start to finish and if that isn’t enough, the compelling story and ethereal soundtrack will keep you sticking around. I cannot emphasise enough how good the animation is, every frame is meticulously filled with colour and intricate details. It’s like watching a showreel for the capabilities that animation has to offer as a medium for film. The boundaries are pushed in ways that I didn’t even know were possible.

The movie is made up of multiple unique art styles, each as gorgeous to look at as the next. The city is made up of straight, angular lines to replicate the woodcuts that were widely used in the time. In contrast to that, the forest is comprised of swirling, energetic curves. This subtle addition might seem like just a gimmick but there is a good reason behind it. The rigidness of the city is an allegory for how trapped the people living there were. It represents a cage, holding everyone in behind the prison-like walls. When outside the city, the flowing, curved lines of the forest signify freedom. The transition from one place to another was greatly enhanced by this, illustrating just how different the way of life is in the forest and city. It’s a technique that I’m sure subconsciously impacted my emotions. As if this wasn’t enough, a point of view of the wolves was portrayed by using vibrant, expressive colours and shapes. It allows you to see as they see, turning senses into a visual format. It was a risky decision that paid off, making for a truly sensational experience.

The soundtrack shouldn’t be overlooked either, it’s always there working its magic in the background, and when it does need to take the centre stage, it delivers. I’m a big fan of Norwegian singer Aurora, she has a magical and celestial sound to her music. Using her songs within Wolfwalkers was a fantastic decision, they are a perfect match. There is a very powerful scene in which Running With the Wolves is used, recognising and experiencing it within the context of the movie was an incredible feeling.

Of course, this wouldn’t be a movie without a story, and what a story it is. As usual with Tomm Moore and Cartoon Saloon, there is a heavy influence from Irish folklore. We get to see the mysterious wolves of the forest and the spiritual earth-magic that binds them together. The focus is on a young wannabe wolf hunter, Robyn Goodfellowe. Her beliefs are questioned when she has a strange encounter in the forest with Wolfwalker Mebh. The unlikely friendship the two strike up is tested by the villainous Lord Protector, who will stop at nothing until the wolves are wiped out. Exploring themes such as independence, over-protectivity and even touching on animal rights, there is much to be taken away for all ages. I won’t go into detail as it’s best to go in blind for the optimal experience, but what I can say, is that it gripped me from start to finish.

I was just thinking to myself the other day if an animated movie will ever win Best Picture at the Oscars. If any film could have the chance, Wolfwalkers is that film. it’s a true work of art, I cannot recommend it enough.
It looks like a great year for animation, especially with Soul also just around the corner.