★★★★★ 3.5/5
Sofia Coppola's latest movie may not be her best work, but it gets just enough right to leave you satisfied. 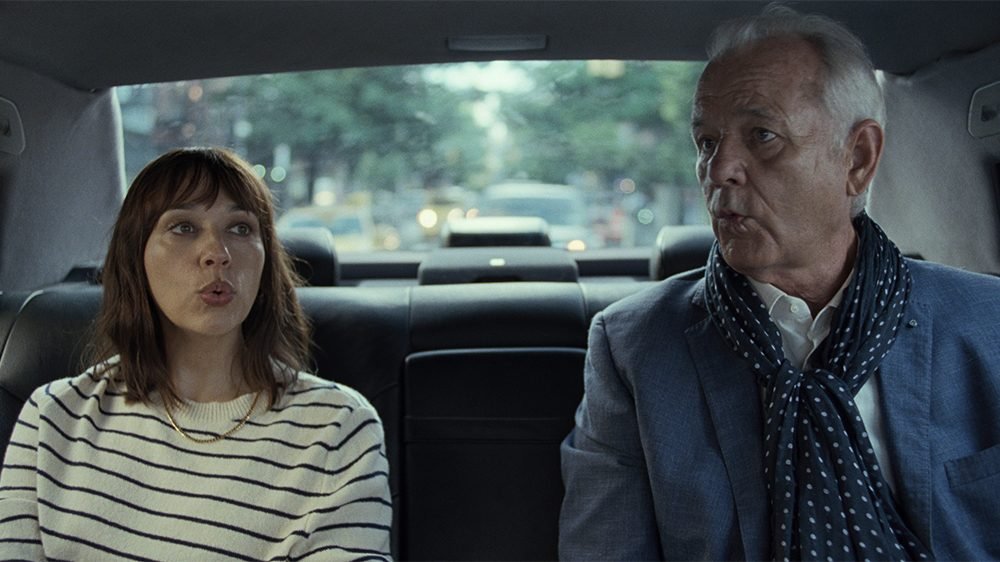 On the Rocks is deceptively simple. The story revolves around a mother in New York who decides to tail her husband, who she suspects is cheating on her. In doing so, she reconnects with her chauvinistic father. I often believe that some of the best movies require the viewer to bring just as much to the film as it presents to you. Once you start to peel back the basic layers surrounding On the Rocks, some beautifully thought-provoking messages lie within. It’s up to you whether you’re content with taking the movie at face value, or if you want to put the work in to uncover the hidden treasures that Coppola has subtly concealed.

Rashida Jones plays the titular character, Laura. It’s an understated performance that captures the monotonous routine that Laura is stuck in. She constantly looks stressed, tired and uncomfortable as she repeats her daily chores. It’s not until Bill Murray turns up as her father, Felix, that Laura starts to show signs of life and the movie starts to get into its stride. As always, Bill Murray is excellent. He effortlessly channels the larger than life persona of his character, charming not just everyone he interacts with, but the audience as well. His outrageous views on women and relationships act as both a comedic element to the movie and a sad facade for his own experiences of love. There are plenty of scenes with just the two of them talking together, which manages to be captivating each time. Felix’s unpredictability keeps you engaged throughout, waiting for his next absurd monologue.

The interactions between Laura and Felix are the core of the film. When Laura tells Felix of her apparent cheating husband, he is the one who decides to act on it. Felix pushes Laura out of her comfort zone, snapping her out of her repetitive normality. His spontaneous personality puts Laura in some uncomfortable and awkward situations but for the first time in a long while, she feels alive again. Watching her change her outlook on life and reconnect with her father makes for a heartwarming experience. One tiny detail that I love is Laura’s inability to whistle. When she first meets her father she has completely lost her whistling ability. Each time they meet after that, it slowly comes back more and more. It’s a great metaphor for Laura rediscovering herself and learning how to have fun again.

As always with Sofia’s films, the cinematography and style are superb. The standout scene for me was Felix and Laura whizzing around the night-time streets of New York in an old sports car. The coloured street lights bouncing off the shiny bonnet and reflecting on the windows looked incredible. It’s a moment of sheer joy and spontaneity that’s hard not to be taken in by. The only criticism is the fact that the movie is shot digitally instead of on film. It means that it loses some of that slow dreamlike quality that Sofia’s other movies were full of.

On the Rocks may not be the best of Coppola’s work but it may be the most heartfelt. It’s a joy to watch Laura get out of a rut and reconnect with her father. It is a story that is easy to relate to and I believe that anyone can find things to take away with them if they look hard enough.