★★★★★ 5/5
A spectacular debut for Ari Aster with a new and disturbing take on the horror genre. 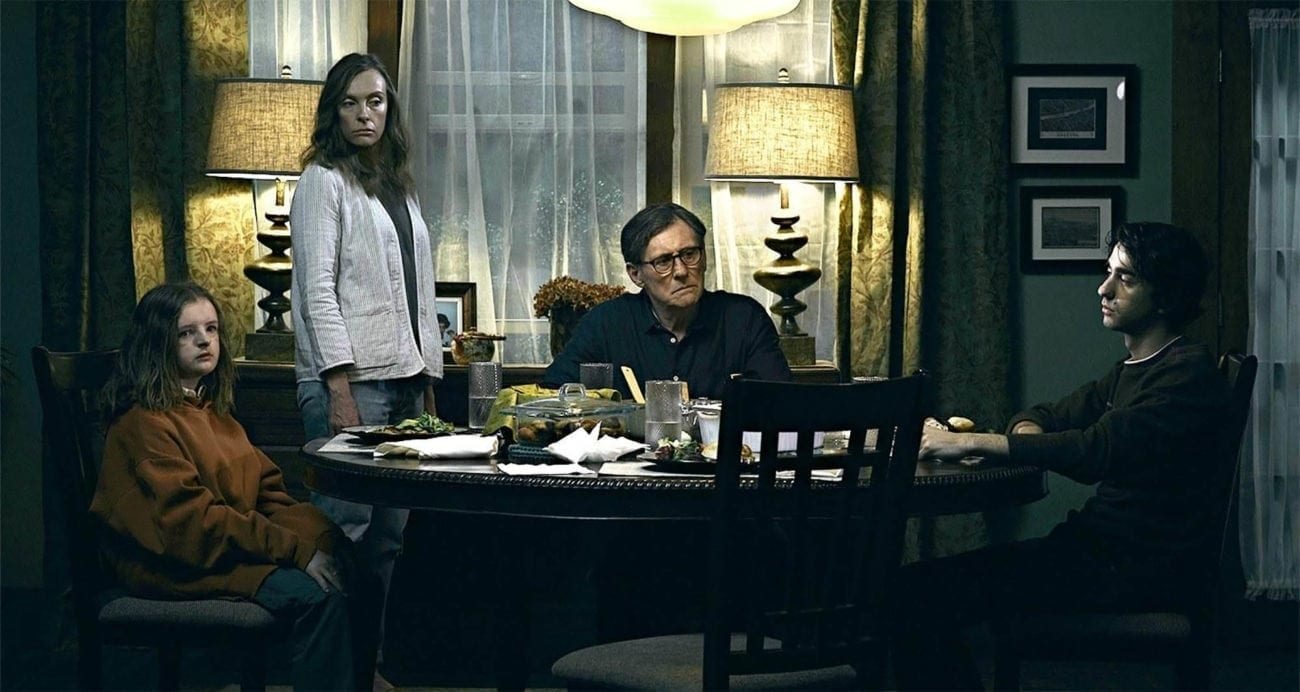 Definitely one of the scariest movie experiences that I’ve had, no way would you ever catch me watching this on a big screen. Right from the start, the ominous tone grips hold of you and then barely lets go. Aster is phenomenal at producing tension; he knows just when to leave you in silence or when to make use of the bone-chilling score.

The casting was perfect. Toni Collette gave an Oscar-worthy performance as a grieving mother trying to keep her family together. She was fully committed to the part, conveying a whole range of eccentric facial expressions and emotions. She finds the perfect line between insanity and realism. Alex Wolff is also excellent; a lot of shots heavily depend on his reactions to what’s going on around him. There is a horrifying scene around 30 minutes in, that will no doubt shock most viewers. What follows is a close up of Wolff blankly staring into the distance while laying on his bed, as he tries to come to terms with what just happened. His reaction is more disturbing than the event itself; he makes you picture yourself being in the same situation, and it’s extremely unnerving. It is a scene which encapsulates the tremendous quality of everyone involved in this production, truly great filmmaking.

Hereditary is not your average type of horror movie, it slowly builds in atmosphere and tension rather than relying on jump scares. The reason it’s so scary is because it genuinely feels real. The family at the film’s core are grounded, each with their own quirks and personalities that complement each other. The arguments and responses to the events unfolding around them feel natural and every decision made by them makes sense. Watching their relationships get tested in every way possible makes for an enthralling experience.

The set design and cinematography is superb, with some of it mimicking the dolls-house aesthetic of Collette’s hand made miniatures. As mentioned earlier, close-ups on a character’s face are often effectively used to pass on the sheer terror that they’re feeling to the audience. Wide shots are also used as we follow our protagonists along. The differing of shots is a way of toying with the viewer, making you feel as if you witness certain scenes and partake in others. Aster loves to linger on a shot, the more uncomfortable it is, the better. Multiple times chilling images or beings are lurking at the back of a scene, some of which you wouldn’t notice if you weren’t looking for them. You will be looking for them though. The paranoia that the film establishes means that you’ll be scouring every shadow and corner.

Hereditary is an outstanding accomplishment for Ari Asters debut. It is up there with the best horror films ever made and I strongly believe that it will be looked back on as a classic. I highly recommend it to anyone but only if you’re prepared to watch through your fingers!