★★★★★ 4.5/5
Sam Mendes' best picture winning study on suburban life hasn't aged too well but still has a powerful message at its core 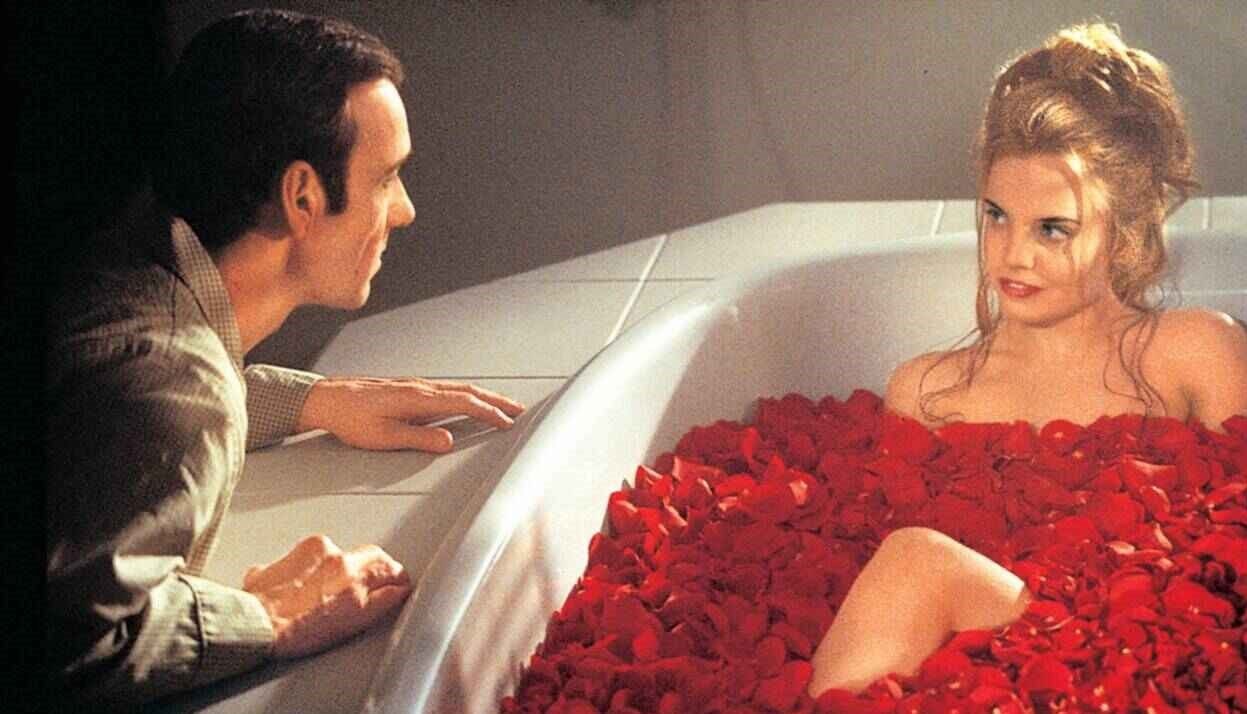 The American dream – the ideal by which equality of opportunity is available to any American, allowing the highest aspirations and goals to be achieved.

We’re always looking towards something: a dream, a goal, a higher salary, a new car. But what happens if we stop looking forwards? Becoming content with your life can be dangerous. Without variety it’s easy to stagnate, forgetting who you are and what you want. You get trapped in a vicious cycle of routine; before you know it, years have passed, friends have moved on and you’re still in the same place. Time moves so, so fast and we can either let it sweep us away or stand up to it. American Beauty is about escaping that repetition by embracing life itself, finding the freedom and beauty that makes living so special and most of all, remembering how to enjoy it.

The film centers around a dysfunctional family and their strange new neighbours. Lester Burnham, the narrator and main focus of the story, is the jaded husband and father looking to make a change. His encounter with his daughter Jane’s best friend snaps him back into reality, sending him on a crusade to become the best version of himself. This voyage of self-discovery tears relationships and forges some new ones, leaving those close to Lester in turmoil. The film deconstructs the ideal suburban life glorified by the American dream, pointing the viewer towards another dream, beauty.

Every character in this movie is so full of depth. It’s not just Lester who gets a noticeable character arc; Jane learns to embrace her uniqueness, the neighbour Ricky stands up to his controlling father and Carolyn, Lester’s wife, goes on her own liberating journey. Their paths intertwine and collide, building up to an inescapable climax that acts as a magnificent crescendo of emancipation. It truly is beautifully written.

It may sound as if American Beauty is full of deep existentialism but it’s lightened by an even share of comedy. There’s a lot of laugh out loud moments that never feel forced. The comedic aspects are derived from the characters quirks and actions, instead of from poorly conceived one-liners that so many films fall prey to. The incredible soundtrack matches the changing tone too; ranging from slow and sombre to chirpy and energetic. I cannot stress enough how good the music is, I’ve had it on repeat for days (I’m even listening to it while writing this review)!

I feel like it’s near impossible to watch this film without drawing some parallels to Kevin Spacey’s personal life. It certainly negatively impacted my experience with the film, always sitting at the back of my mind. It will no doubt put a lot of people off watching, which is unfortunate as the film itself is near-perfect. My advice is to put all the controversy to one side. There’s so much talent that makes up the rest of the production team that you’d only be doing them an injustice by boycotting this.