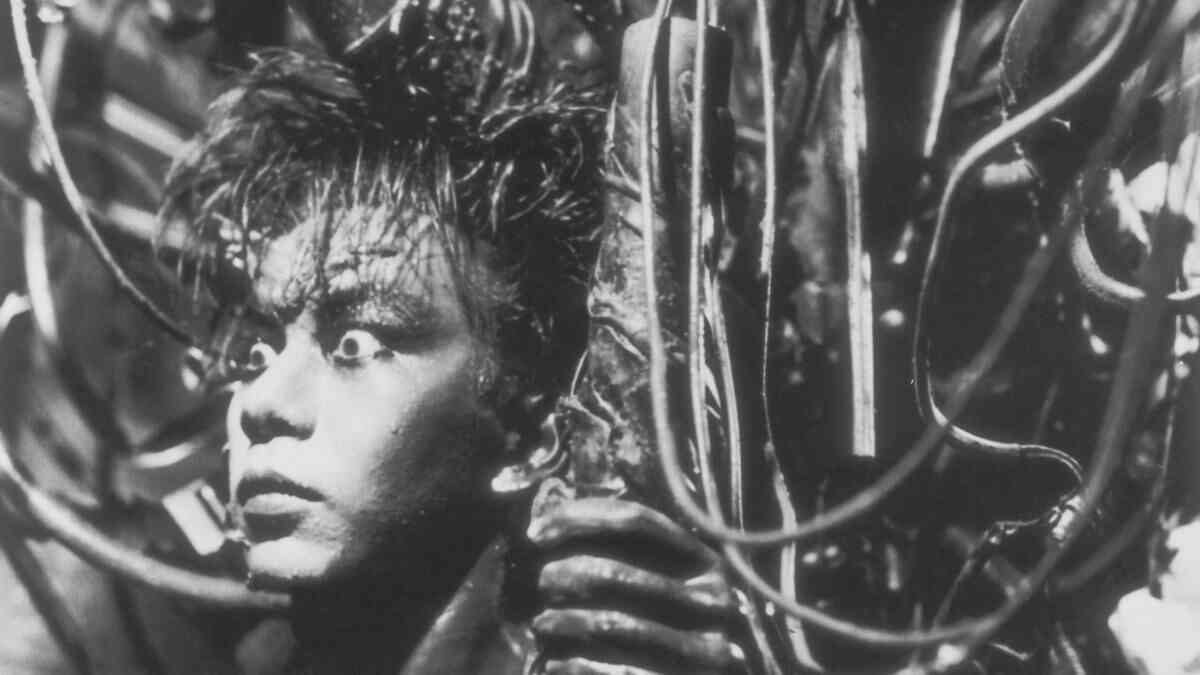 It’s amazing what can be achieved on a shoestring budget. It’s never an easy journey though, Shinya Tsukamoto knows better than most. He funded and directed Tetsuo: The Iron Man as well as producing, writing, editing and taking care of the cinematography. If that’s not passionate then I don’t know what is.

The filming took place mostly in Fujiwara’s apartment over a period of 18 months, where a lot of the cast also lived together on set. Taguchi (lead actor) even helped out to arrange the lighting himself as the majority of the crew abandoned the shoot. Tensions no doubt ran high and I’m sure there were multiple creative differences between the cast but it was all worth it in the end for the final result.

Taking inspiration from Lynch and Cronenberg, Tsukamoto created an amalgamation of the two with Tetsuo. The result is a mix of grotesque body horror and apocalyptic industrialisation that’s guaranteed to weird out even the most experienced movie watchers. It feels like it’s Tsukamoto’s Eraserhead.

I’m not normally someone to notice the quality of sound effects in a movie but they were incredible. The clinks, clanks and scratching sounds of metal grinding against metal burns into your ears like nails on a chalkboard. It’s supported by a just as impressive industrial soundtrack that fiercely pounds on your skull throughout. Its rapid intensity matches that of the movie, which is jam-packed with quick cuts and transitions.

This was probably one of the strangest experiences I’ve ever had from a movie. It has left me eager to see what other monstrosities Tsukamoto has up his sleeve and I tentatively look forward to watching more of his work. If you want to watch something incomprehensible, here is your film. 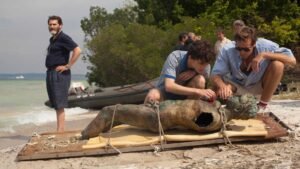 Call Me By Your Name

A beautifully meandering piece of cinema from Luca Guadagnino that gradually works its magic on you. 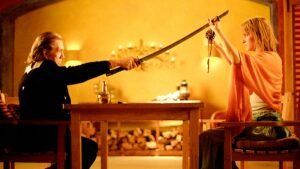 Quentin Tarantino is well known for his clever use of dialogue, non-linear storylines and over the top violence. There is no bad Tarantino movie. If you’ve not seen any of these, be sure go and check them out! This is an attempt at objectively ranking them: 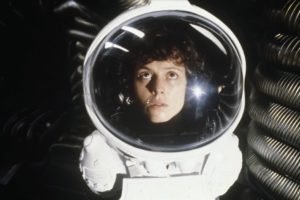 A horror classic that has stood the test of time