★★★★★ 5/5
Abstract, thrilling and utterly bonkers - Holy Motors is a wild ride set within the heart of Paris. 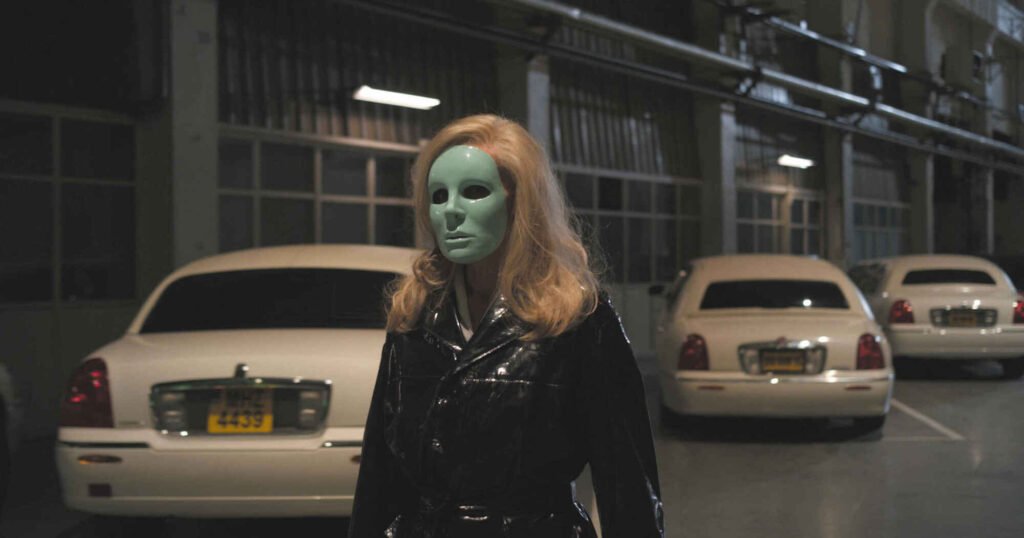 Holy Motors is a breathtaking love letter to cinema and its history. Holy Motors is a scolding criticism of the attention-seeking Internet age. Holy Motors is a revealing deep-dive into the life of an actor. Holy Motors is all of these things and yet it is none of them. Some pieces of art cannot be bound by a singular meaning or interpretation, transcending the way that we consume them. They are above theories and explanations, existing on a precipice of abstraction. This film is no different, except it has layers. A multifaceted tower of a movie, with each level providing new answers. You can be immersed in the immediate experience on the surface level, thrilled by each bizarre event. If you start to climb higher, meaning can begin to be gleaned out of the madness. The best kind of art gives back as much as you put into it. Holy Motors is the best kind of art.

A white limousine cruises through the streets of Paris. Within, a chameleon-like being changes faces. Each stop lies a new life, a new chance, a new encounter.

We are all actors. The moment we step out into the public eye, we are someone else. The way we dress, the way we walk, the way we talk – all part of the act. We are different people in different situations; family, friends and co-workers all see another side of us, yet no one sees all of us. We have a tendency to copy or imitate others. Whether it’s a celebrity or the cool kid at school, we change ourselves to be like them. We adapt to our surroundings and are moulded by our experiences. It begs the question, how much of us is left when we take off our mask?

The rise of the Internet has taken acting a step further. Each posted selfie is not a snapshot into someone’s life, but a meticulously choreographed and reshot picture to replicate someone else’s. You don’t get validation by being yourself. Imperfections are scrutinised, not celebrated. Differences are criticised, not rejoiced. Our online persona is whatever we want others to see, what’s inside is not visible. Like the very limousine with blacked-out windows that rides through Paris. The Holy Motor.

Leos Carax has established himself as one of the great filmmakers of our time. He has an immense talent for crafting stunning set pieces; the Fireworks scene in Lovers on the Bridge and the failed parachute attempt in Mauvais Sang are two examples out of many wonderful sequences. The problem is, he often struggles to connect them into a feature-length movie. Holy Motors offers a blank canvas for Carax to be Carax and go wild. And oh boy does he go wild. The film is essentially a series of vignettes, all connected by the limousine. At every stop, a new set-piece. This is the film Carax was born to direct.

Who better to spearhead this wacky masterpiece than Carax’s long-time collaborator, Denis Lavant. Proving himself yet again to be a literal shapeshifter. His commitment to each role is laudable, breathing life into character after character – from flower-munching tormentors to cold-blooded assassins. Edith Scob, Eva Mendes and Kylie Minogue (yes, that Kylie Minogue) all also feature, with some very memorable performances and harks back to cinematic history.

The history of film is one of the many keys to unlocking Holy Motors. The movie begins with Carax himself wandering onto the balcony of a cinema after breaking through a door unlocked with a key on the end of his finger (of course). Within, lies the audience, completely motionless. Perhaps they are dead, to signify an industry in collapse. Maybe they’re asleep, to show the increasingly poor attention spans of the younger generations and their negligence of art. Whatever the reason, Holy Motors Has its roots deep in cinema. There are references to Carax’s career throughout; whether it’s recurring actors, re-used characters or meta-commentary on an artist who no longer believes in what he’s doing, they can all draw a line back to the reclusive director.

Holy Motors is a phenomenal piece of filmmaking. After watching all of Carax’s films over the past month, it has been a pleasure to see him grow so much and reach what I consider to be one of the highest points of all cinema with this film. This is no doubt a new favourite of mine and I’m already deciding on when to rewatch it. Annette can’t come sooner. 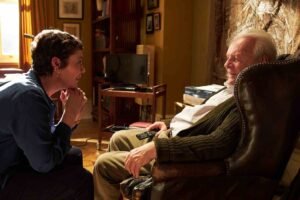 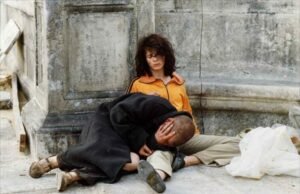 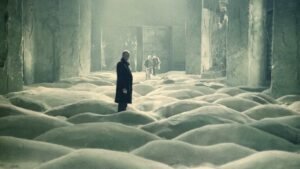 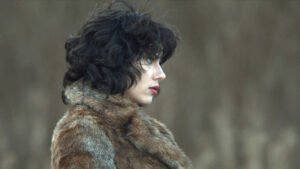 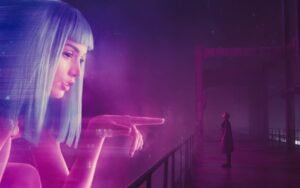 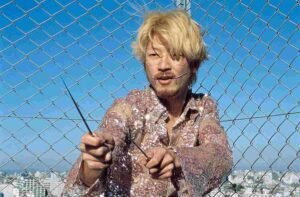